Bringing your designs to life.

TORRINGTON — Made in Connecticut was the theme on Wednesday when 5th District Democratic candidate Mary Glassman toured Altek Electronics Inc. at 89 Commercial Blvd. 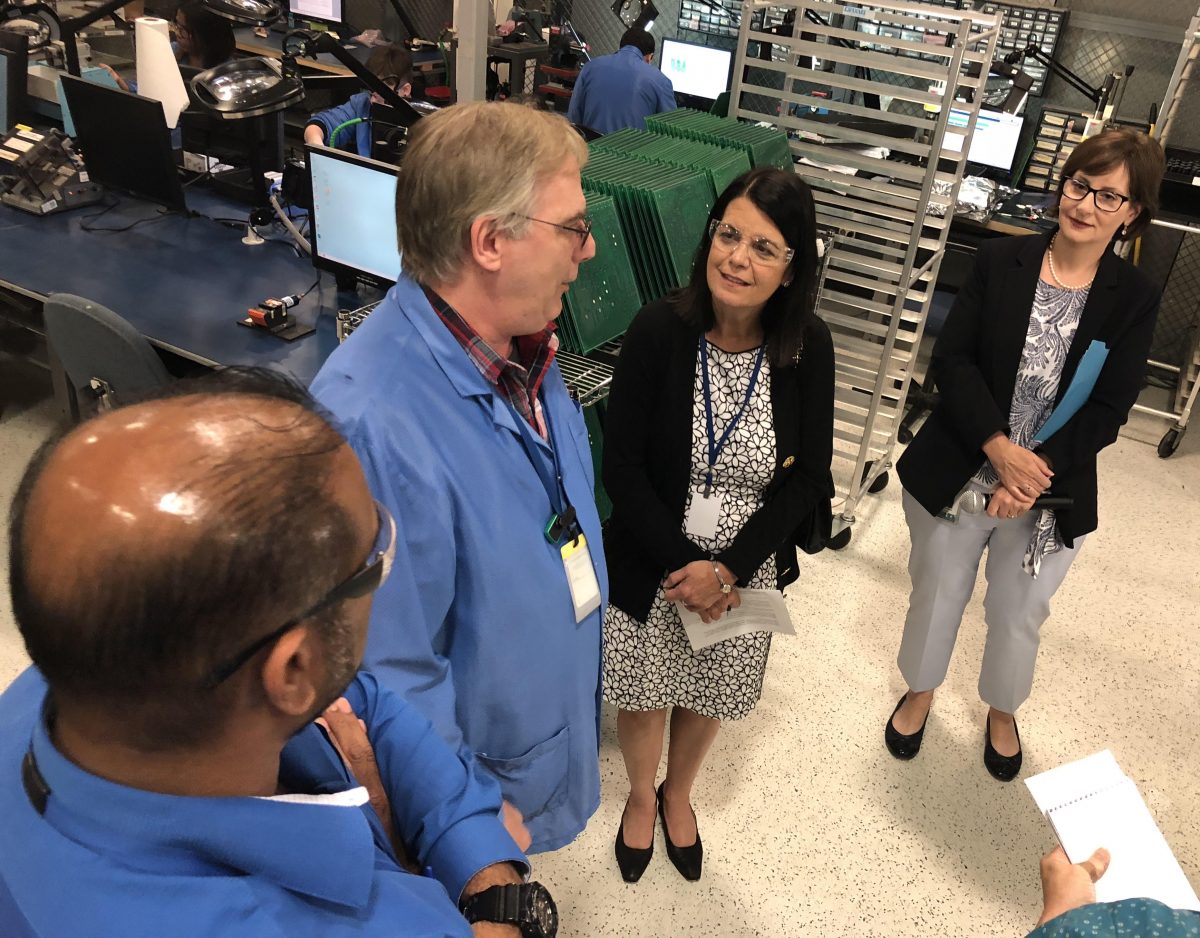 “I want to help facilitate new jobs,” Glassman said during the tour.

She noted that 13,000 jobs in Connecticut go unfilled because potential workers do not have the skills required for manufacturing jobs.

“There are good jobs, good pay and good futures,” in industry, Glassman said.

She pointed to a a success story from Torrington High School’s Innovation Class, which collaborates with Northwestern Connecticut Community College. Through the program, Altek employee Alain Malcom learned the skill of soldering and was hired two years ago. The 20-year-old now works as a junior buyer.

That type of collaboration could boost the economic health of the 41 towns within the sprawling 5th district.

“I know how cities make decisions,” said Glassman, who served as Simsbury’s first selectwoman for 16 years. “We can leverage state and local government.”

Ravi Kailan, director of operations for Altek, said the company grew by 15 percent about a year ago. Through the application of lean engineering, which practitioners use to pinpoint more effective manufacturing processes, Kailan said Altek was able to recoup the cost of a $365,000 machine in less than two years.

Luciana Rodriguez, a trainer for the surface mount team, said she’s learned how to help her team be more efficient.

“What used to take two days now takes less than a day,” she said.

That result allows the company to grow its business, Kailan added.

Altek, a family-owned company with almost 200 employees, opened in 1972. Sabrina Beck, vice president and co-owner of the company, said Mexico and China are their biggest competitors. “We are constantly asked to reduce prices,” she said.

“I want to keep the cost of working in Connecticut down,” Glassman responded.

Glassman’s Democrat opponent for the 5th District seat is Jahana Hayes, of Wolcott. She is a Waterbury teacher who was named national teacher of the year in 2016.

They will face off in the primary election on Aug. 14.

We invest in Technology that keeps Altek’s facility running efficiently, allowing us to consistently provide the best possible product to our customers.