Bringing your designs to life.
The latest and greatest equipment along with the people who are passionate about what they can do for you.

Our close relationship with and commitment to our customers is a critical factor in what makes Altek unique. Every decision we make is designed to satisfy customers, not shareholders. For decades, family business owners Stephen Altschuler, David Altschuler, and Sabrina Altschuler Beck have made weekly visits to our largest customers. We keep on top of their issues and concerns so we can deal with those issues quickly and continually evolve to meet our customers’ changing needs. Customers come to Altek because they’re frustrated by poor quality, under pressure from tight deadlines, and disappointed they aren’t getting the best overall value. They stay with Altek because we deliver quality products, on-time, at market-competitive prices.

A veteran-owned small business privately held by three family members (Stephen, David, and Sabrina), Altek manufactures printed circuit board assemblies and box builds for many industries including the medical, military, industrial, and telecommunications industries.  We use LEAN manufacturing principles and Six Sigma practices to achieve in excess of 99% on-time delivery and customer acceptance. Our first pass yields are greater than 98%.  Our Continuous Flow Manufacturing enables us to reduce internal costs so that we don’t have to raise our customers’ prices.  We’re certified to AS9100D and ISO 9001:2008.  Our soldering operators are certified to IPC-610 and the J-STD and our cable and harness operators to IPC-620.

My father, Stephen Altschuler, a U.S. veteran with a Masters in Engineering from Yale, co-founded Altek in 1972 with Tom Helms.  Dad co-founded the company because the company he’d been working for went out of business.  He had customers who needed orders filled, and he needed a job.  So Steve raised cash, bought the necessary material and equipment at auction, and Altek was born.  Dad started with 10 employees and less than $470K in first year revenue.

My brother, David Altschuler, joined Altek when our step-mother retired in 1992.  I joined the company in 1998.  Stephen, David, and I invested in the company’s people and infrastructure to facilitate the many years of profitable growth we’ve enjoyed.  We hired our former President, Rich Razza, a Six Sigma Black Belt with extensive experience in the aerospace industry, in 2000.  During his tenure, Rich introduced LEAN manufacturing concepts and six sigma practices.  Among the other highlights of Altek’s history are:

1996       Won the Supplier of the Year Award from Gerber Scientific

2006       Recognized by Otis Elevator with a Service Excellence Award

2019       Hired Dennis Mailes as our Director of Operations 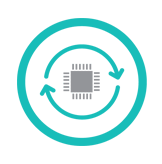